Well, I have the first draft completed. And a very rough effort it is. But, you can’t edit an empty page, and now the fun begins. Here’s a peek at the characters in the final novel in the trilogy, and a preliminary blurb. 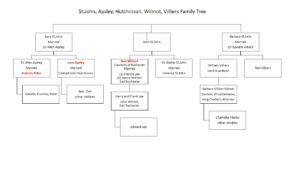 With the stroke of an axe, England’s Civil War is won, and in the aftermath of violence, three women begin to rebuild their lives. Luce, whose rebellion against the king gave her victory. Frances, who faces poverty and exile. And Nan, the spymistress who chooses whichever side suits her own ambitions. This is the true story of three cousins, with divided loyalties and a united love for family and the men they married. Can they overcome fate and create their own destiny?

The final book in The Lydiard Chronicles, Destiny’s Women (Working Title) completes the trilogy of The Lady of the Tower and By Love Divided.